ILSpy with my Little Eye

I inadvertently reverted an important file that was at the center of a series of changes I was making to fix a model resource bug. I had compiled and tested it, but when I was committing the files via the Ankh SVN integration I saw one file I only changed to troubleshoot. Naturally I wanted to revert the file (or not commit it), but made the “mistake” of attempting it in the commit box (before I had committed anything). I thought I did it all right, but apparently the checkbox and the revert context menu do weird things (and I didn’t double check in the confirmation dialog).

I didn’t discover my problem until the next day. The only good thing was that I still had the compiled assembly, so after trying to hand uncrank the code back to C# source, I found and downloaded ILSpy. Worked wonderfully, only had to polish a few things back up, and add some comments to make it look like the rest of my codebase style-wise.

Head and Shoulders Above the Rest

I made a new head model and brush type.

Evolution of the Greatsword Wielder 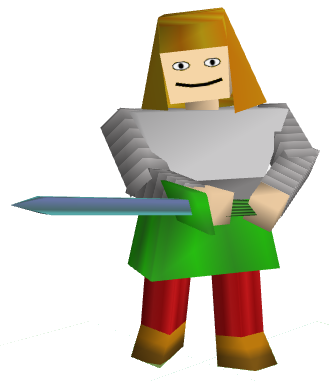 Been working on a character modeler feature for manipulating face parameters so that images for character models can have some detail and variety. Here’s an orcish-type face…

A save and load the templates to XAML so I can rebind them to the controls of the face-designer. Next, saving and loading directly into package resources.